Nokians entered the year with a big question mark in goal.  While it was fine for the first part of the season, the dual of Scrivens and Greiss never inspired a lot of confidence with the Nokians brass.  Lingering bitter memories of Hiller not being able to win the closest of close games in the playoffs opened the door to let Hiller walk away; yet fond memories of the only championship with Henrik Lundqvist kept calling.

Hiller Back in the line up for Game 7 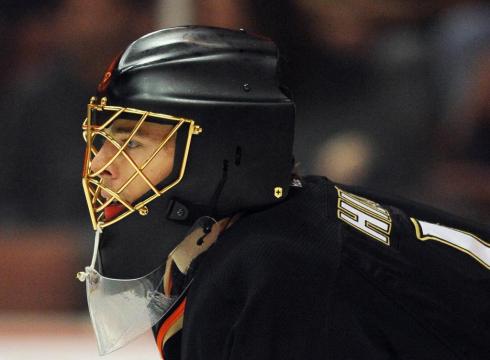 Jonas Hiller is back for the crucial final game of a brutal series with the Bombers. The numbers speak for themselves.  Atfter four playoff games Hiller is far beind the other goalies wtih a 0.844 sv% and 4.67 GAA.  The Bombers have certainly studied the tape on him!  Clemmenson stepped in for Game 5 and totally owned the Bombers and he will get a chance again to repeat the performance for a crucial game clinching game 6!

When we last spoke with the Nokians, spirits were low and expectations non existent.  The team was going no where with no identity and some key players slumping.  The Nokians GM however did vow to read into the "Tales of the Tapes" and find a solution.  Around day 57, things started turning around and with a few more tinkerings, the Nokians today are 18-4-1 in their last 23 and top of the league at the time of this writing.